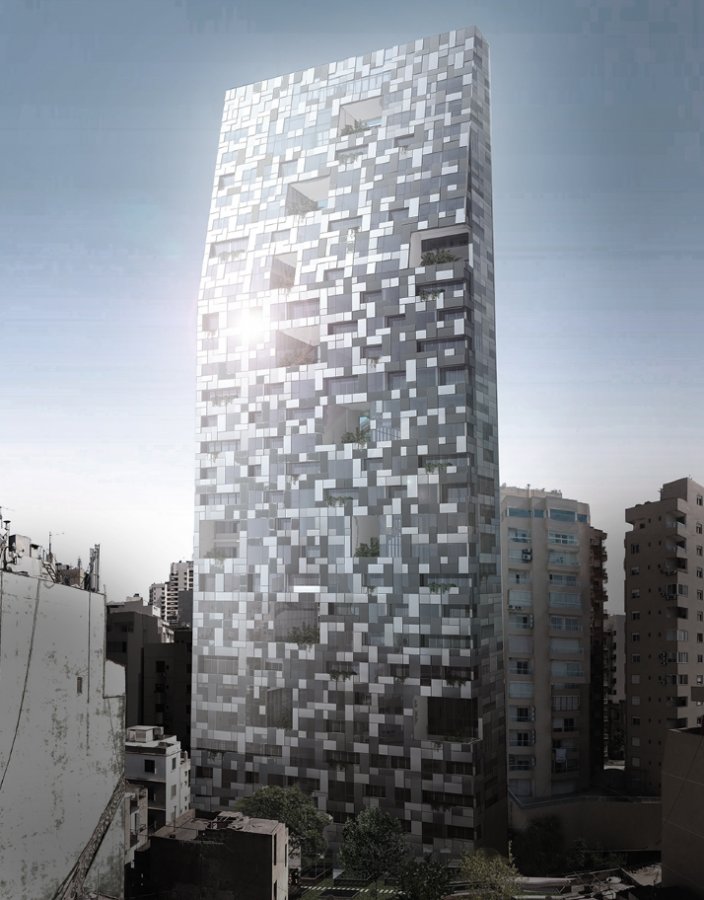 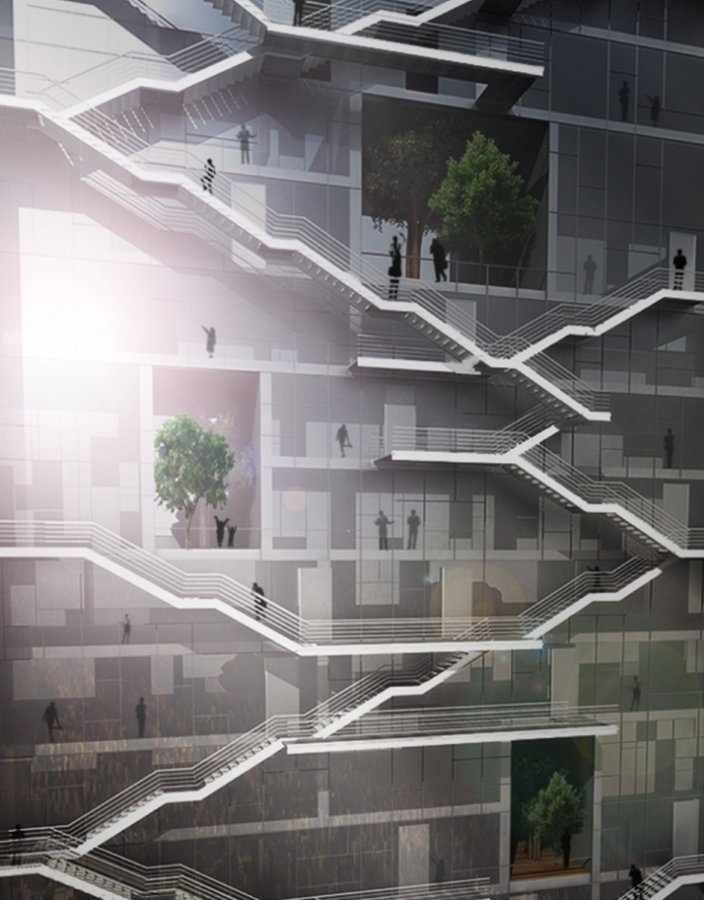 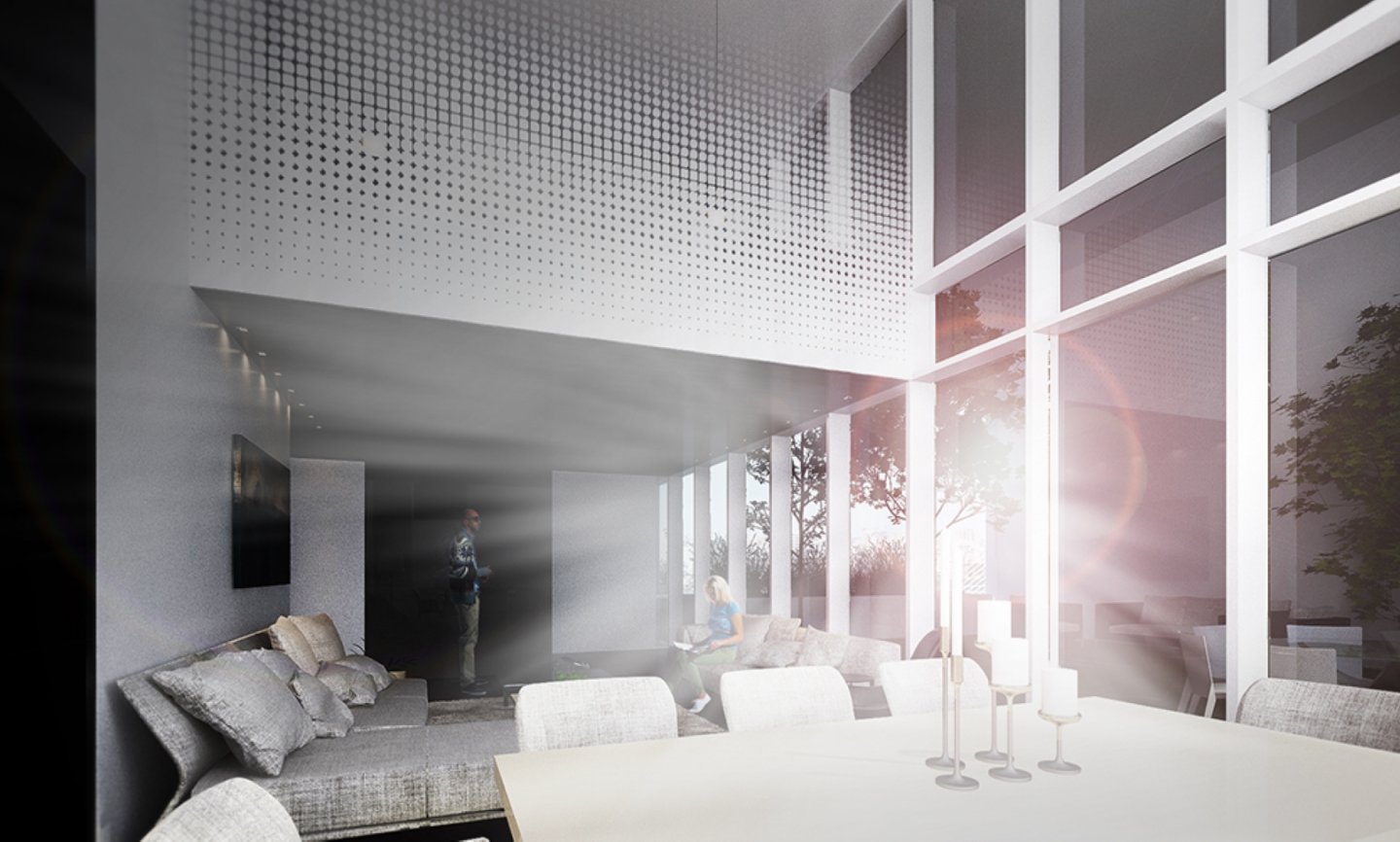 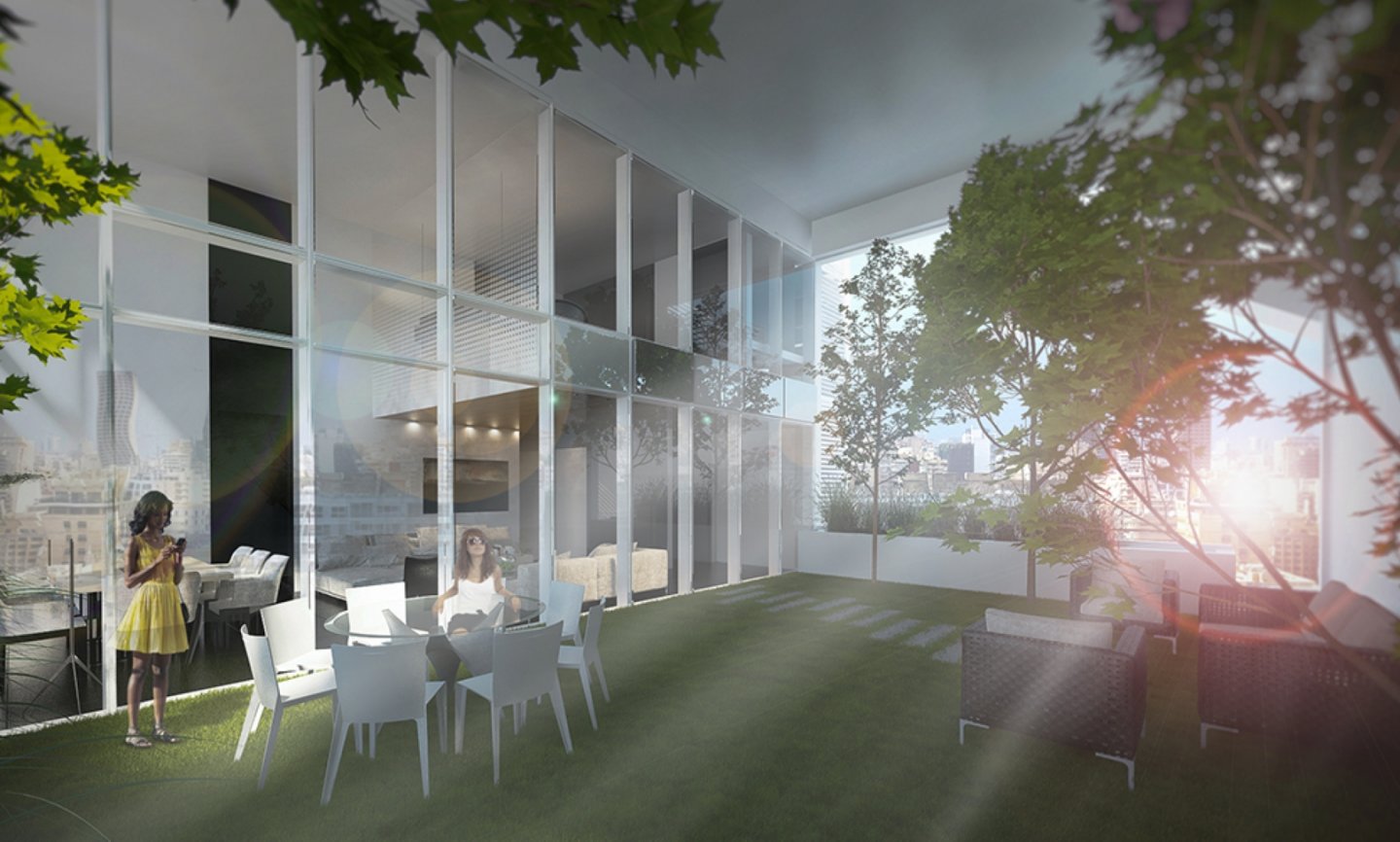 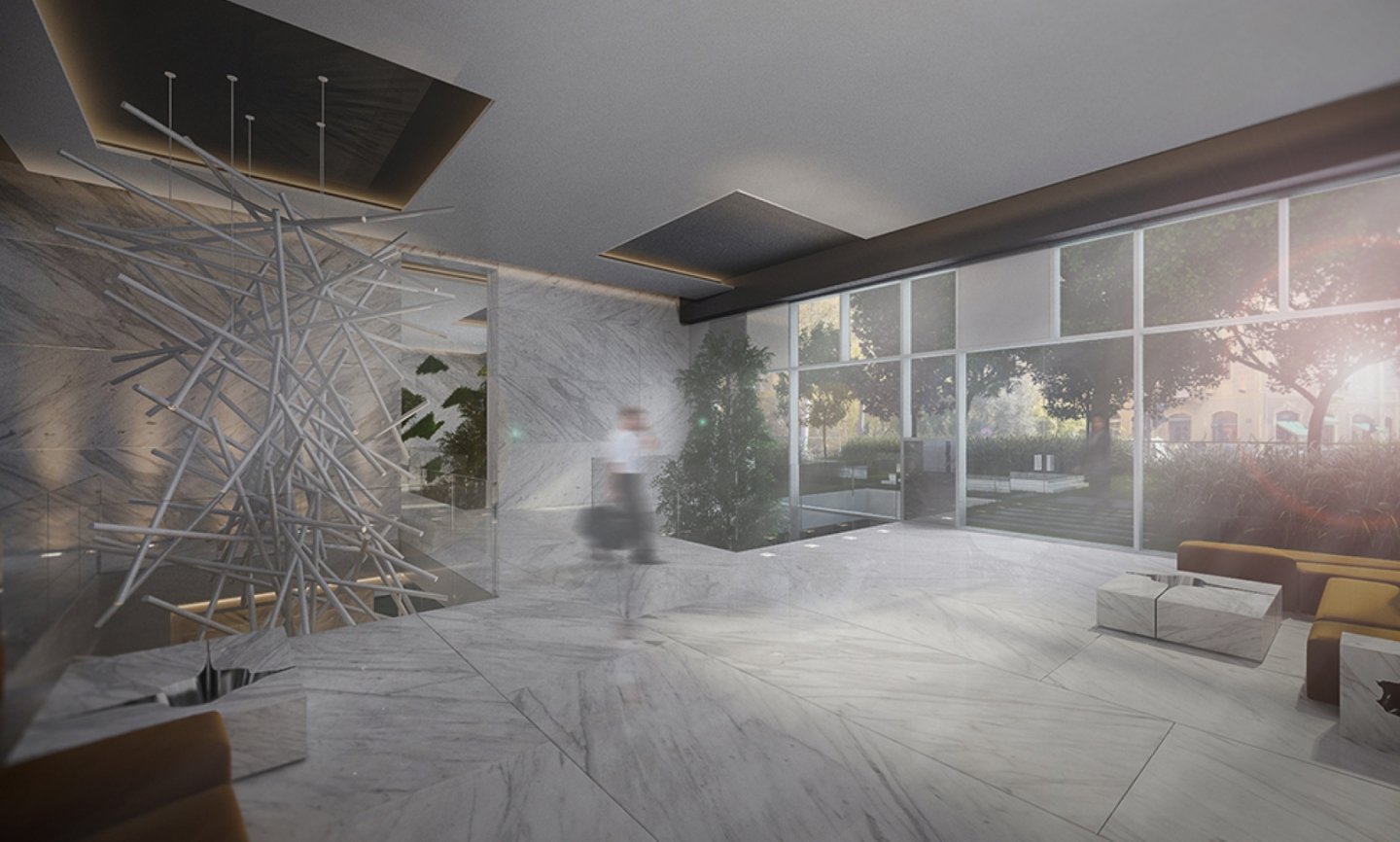 Atop a hill in the heart of the city, sits Ashrafieh, one of Beirut’s oldest neighborhoods. What was formerly a strongly knit community living on the green slopes in a village-like atmosphere, has over the years, been transformed by the uncontained urban growth and changing zoning laws into, yet, another densely populated and chaotic district. The project is to be located on a 2000 sq.m. lot along one of the streets running up the southern slope. Instead of distributing the residential units between three low-rise buildings, as encouraged by the 70% land exploitation guideline, our scheme opts for a very small footprint – 1/5 of the lot. The minimal ground impact allows for the rest of the lot to play host to a large garden that will act as the village green. Although towers are often thought of as unsustainable, our scheme plays on a new type of verticality; one that is non-repetitive, social and energy-efficient. The solution developed consists of a variety of apartment types: from space-efficient single, two to three bedroom apartments to large duplexes. Additional gardens, that perforate the building, are distributed along the full height of the tower. Together, they create a diverse array of expanding and contracting spatial pockets connected by a sculptural stair that snakes its way up the tower.